The affairs of the Command shall be administered by a Convention, an Executive Council and a Sub-Executive Committee.

The Convention shall be the supreme authority within the Command.

See the right column for more information on the responsibilities of the Officers of the Quebec Provincial Command.

► Quebec Provincial Command Financial statements as of December 31, 2021, including the independent auditor’s report.

The Remembrance Day ceremony took place under the responsibility of the Quebec Provincial Command at Place du Canada on November 11, 2022. 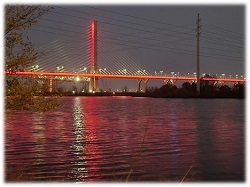 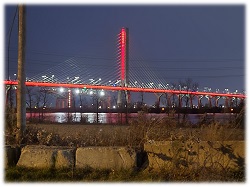 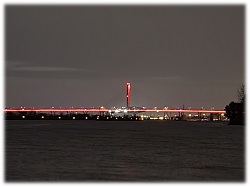 Thank you to Branch 094 Treasurer Terrance Deslage and Comrade Catherine Brigden for making this possible.

Starting at sunset on November 11, the Samuel De Champlain Bridge was lit up in red for Remembrance Day.

Dominion Command of The Royal Canadian Legion has registered the trademark of the Poppy image to safeguard the Poppy insignia as a symbol of Remembrance.

The People of Canada also provided enhanced protection to the Poppy insignia as a protected mark through an Act of Parliament in 1948.

The ensuing rights prevent unauthorized use, especially in the context of Veterans, remembrance, and fund-raising for each trademark.

The Poppy can never be used as a symbol of Remembrance for profit or personal gain and may not be used without the express written permission of Dominion Command by any organization, group, community, or individual for commercial or charitable display or public distribution.


► The Remembrance Poppy CANNOT be used without authorization from Dominion Cammand

► The Remembrance Poppy CAN NEVER


Please refer to the poppy manual chapter 7 and 8 starting on page 39 by clicking here.


Donation to groups of veterans participating in the Poppy Campaign 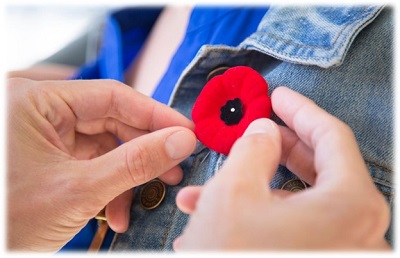 At the 2022 Royal Canadian Legion, Quebec Provincial Command convention held September 24, 2022, at Branch 185 St-Eustache, a question was raised about veterans’ groups that help with the Poppy campaign if we can give them money from the Poppy fund as we do with the cadets.

The correct answer is NO.

Click on the photo to watch the video with sound.

On Friday, August 5th, 2022, the Honourable J. Michel Doyon, the Lieutenant Governor of Québec, at the Université de Sherbrooke stadium, officially launched the 44th edition of the Legion's National Youth Athletics Championship, which spanned from August 3rd to 8th 2022.

For over 50 years, The Royal Canadian Legion has encouraged young people across Canada to train and compete in athletics. Legion Nationals are recognized as the only Pan-Canadian Competition for athletes in the U16 and U18 age categories.

This year’s annual games, hosted by the University of Sherbrooke, the City of Sherbrooke and Sherbrooke Branch 010, Colonel John S. Bourque, attracted more than 600 young athletes from across the country who competed for medals in the only track and field championships in Canada.

The Hosts and the Local Preparations Committee has worked tirelessly to ensure, once again this year, an extraordinary Game, said Brian Weaver, Chairman of the Legion Sports Committee and Vice-Chairman of Dominion Command. It's good to see so many athletes returning to competition after the pandemic-forced hiatus. The Legion would like to thank its generous sponsors, including its major supporters, PIB Inc. and the Professional Institute of the Public Service of Canada.

These 2022 games are organized by the Royal Canadian Legion, the Dominion, and Provincial Command in concert with the Fédération Québécoise d'athlétisme du Québec. The competition started from the Legionnaires' support and promotion of youth sports as a wholesome activity to help children whose fathers or mothers were serving overseas or who had served in the Canadian Armed Forces.

This year's championship commemorates the 80th anniversary of the Battle of Dieppe. Because of the ground lost in Europe, the Allies launched on August 19, 1942, a raid on several fronts, of which Canada provided the most troops. More than 900 Canadian soldiers lost their lives, and more than 3,300 casualties were recorded there. This reality is an undercurrent of this year's Legion Nationals and a reminder of the great possibilities the sacrifices in Dieppe have given us all. The medals given to the winning athletes were designed to reflect the theme of this anniversary.

André Barrière, from Laval, was the head coach who was responsible for the competition level team, along with assistant coaches Laurence Normandin, from Saguenay and Geneviève Gagné, from Quebec. The administrative, logistical and activity aspects were the responsibility of Robert Trépanier of Shawinigan Branch 044, Lieutenant-Colonel Robert Grondin CD, and Maxime Pivin of Granby and Catherine Jonckeau of Bromont.

Get your FREE copy of the Veterans
Benefits Guide 2022 today!


Your Path to Great Savings!
Step by Step Guide to Creating Your Account - memberperks

What we cover in this Step by Step


Remembrance Day ceremony in a small municipality in Quebec 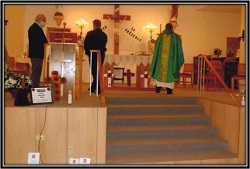 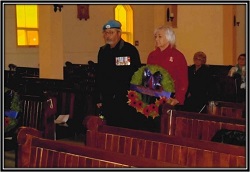 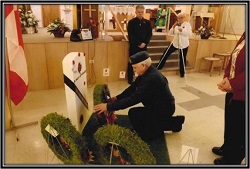 Val St-Gilles is a small municipality located north of La Sarre near the James Bay limits and on November 14th they took the time to remember. 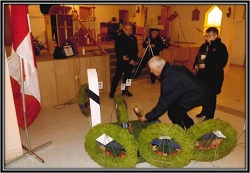 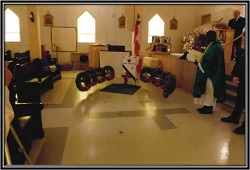 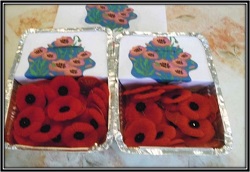 Although this ceremony was humbly presented with Peace, Love and Respect as mentioned in the poem "À ceux là" in memory of our veterans.

Our priest celebrated his mass in unity with all our veterans as well as all our deceased in the parish.

Although the community is small, everything was done with great respect, the parishioners even asked if there will be a sequel next November.