The Royal Canadian Legion - Application For Membership
Donate to the « Poppy Fund »
Stay informed, subscribe to our NEWSLETTER.
The next edition of our NEWSLETTER will appear on May 6, 2021.


Learn more about our Branches in Quebec.
×

OFFICERS OF THE QUEBEC PROVINCIAL COMMAND 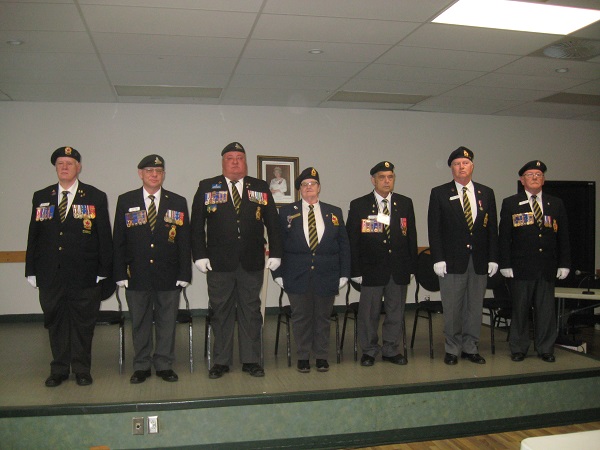 The affairs of the Command shall be administered by a Convention, an Executive Council and a Sub-Executive Committee.

The Convention shall be the supreme authority within the Command.

See the right column for more information on the responsibilities of the Officers of the Quebec Provincial Command. 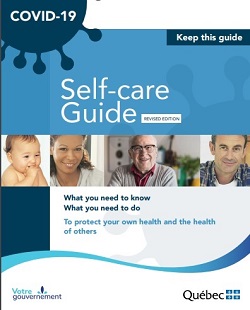 This guide is designed to enable Quebecers to make the best possible decisions to protect their health and the health of their loved ones during the COVID-19 pandemic. More specifically, it indicates to them how best to protect themselves against COVID-19, take care of themselves and provide basic care to their family circle, and know where and when to consult if the need arises for care services.

Coronavirus - State of the Situation at St-Anne's Hospital

To follow up on the media report and emails received on the coronavirus outbreak at St-Anne's Hospital, the Quebec Provincial Command of the Royal Canadian Legion has contacted representatives of the hospital's management committee as well as those of the Quebec Veterans Foundation (former St-Anne Hospital Foundation) in order to have an update on the situation and to offer our help if needed. Here is a summary of the situation:

The problem now is the lack of staff. However, if you have privileged access to qualified health personnel, I believe they would be takers.

In addition, I encourage you to make donations, whether for the St-Anne Hospital Liaison Center (poppy fund) or the Quebec Veterans Foundation (general fund of the branch). 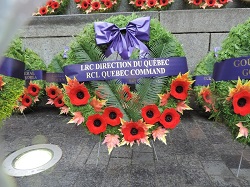 With Remembrance Day being over for another year and on behalf of Quebec Provincial Command, I would like to thank all who made this day a success during this pandemic especially the city of Montreal for allowing us to have our ceremony.

I would also like to thank the public that attended as they adhered to the social distancing and the wearing of masks. This was truly appreciated.


Again, I thank one and all

Remembrance Day - The Importance of The Poppy

Comrade Sterling Downey is a member of Branch 004, Verdun.

November 11, Remembrance Day: Today we take the time to commemorate the sacrifices of those who choose to serve their country and to sometimes give their lives for their nation and their fellow citizens. By proudly wearing the poppy from the last Friday in October through to November 11th, I wish to show my gratitude and pay tribute.

To our veterans, but also to all active and Reservist members of the Canadian Armed Forces, this video is for you. The incredible team at Cat Around Films contacted me and offered to volunteer their services to support this important cause and act of remembrance. Without their involvement and contribution a project like this would not have been possible.

Together, our goal was to give a voice to and shed light on the contributions and sacrifices of our young veterans and serving members of the Canadian Armed Forces.

This year, I want to congratulate the bravery of those who, at the peak of the 1st wave of the pandemic, did not hesitate to go and lend a hand in long-term care facilities all over Montreal and in Quebec. Through this altruistic gesture, and alongside healthcare staff, you have saved many lives. Today, Montreal and all of Quebec is grateful to you for your service.

This year, it is thanks to that service and those actions, that I proudly wear my poppy, because benevolence should always be recognized. I feel privileged to have the opportunity to represent you and to be in your service in my role as your Deputy Mayor for the city of Montreal.

We will remember them! 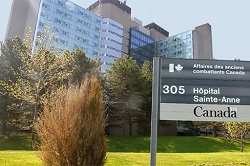 In a recent major manifestation of cooperation between several senior officials of Veterans Affairs Canada and their like-minded counterparts in the Montreal West Island consortium of health services under the aegis of the Province of Quebec (CIUSSS), it was agreed that, consistent with Provincial placement criteria for admission to a long term care facility bed, the following categories of Veterans, previously denied, can now be admitted on floors still dedicated for Veterans at Ste. Anne’s Hospital ( in Ste. Anne de Bellevue).