To see how to get to Branch 091, Churchill using "Google map", click here. 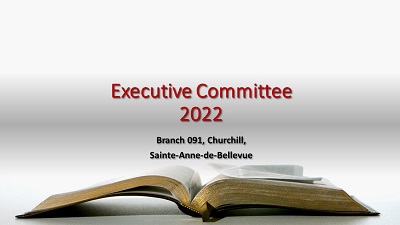 Click on the picture above to view the video with music.

In November Ste-Anne-de Bellevue had an Award ceremony in order to catch up from the Covid years, over 250 awards from service medals to Certificates of Appreciation to service pins both old and new members, were given out. 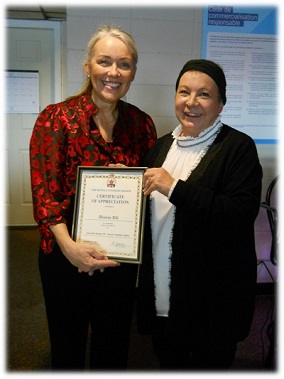 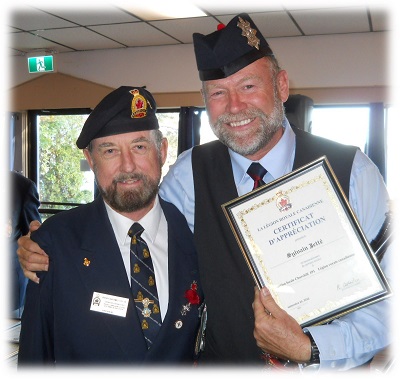 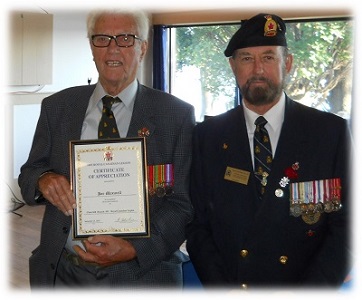 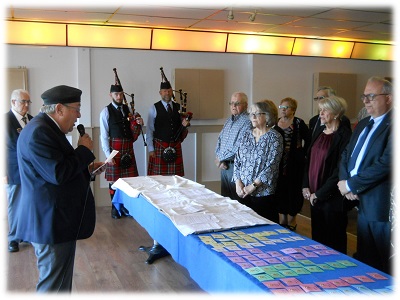 An initiation ceremony was also done followed by a dinner and dance.

A totally successful event, that owes it success to the many volunteers at Churchill Branch 091. 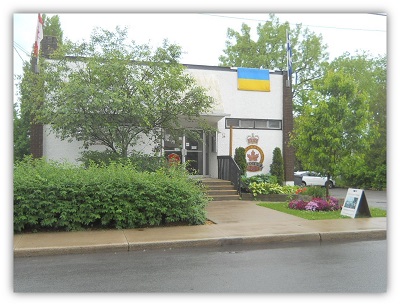 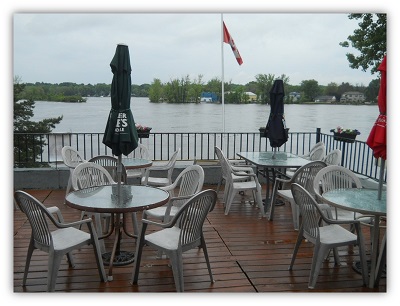 Ste Anne's Legion at 28 Ste Anne de Bellevue is located on the Lake Shore with a wonderful view of the Lake.

Forty percent of the executive are Veterans and keeping this legion for veterans as well as taking care of the elderly who support veterans.

I would like as President at this time to invite you and your family to come down and see this friendly place where all are welcome.

You can sit by the lake enjoy a BBQ on a Sunday or picnic with your family and friends.

On Canada Day we will be having a short ceremony in regard to this great country that we are fortunate to live in. Hamburgers are available and hot dogs will be served to everyone who wishes, starting around 1100 hrs. At 1200 hrs we will fire a cannon and raise the flag with pipers playing and many veterans participating.

Really looking forward to seeing you all and I hope you will pass this on to your friends and especially to other veterans.


The man I knew 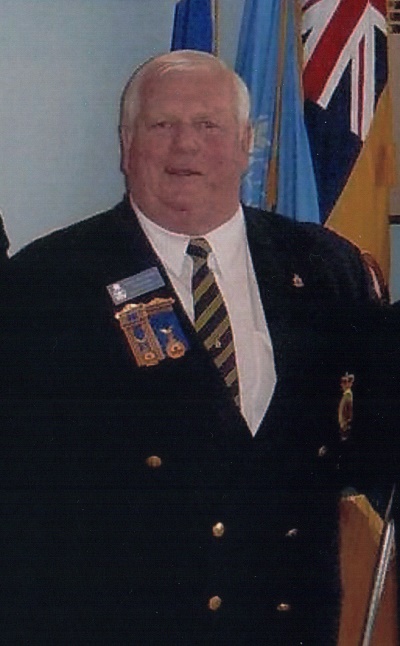 He also served as a member of the Board of Directors of a veterans housing complex and was known to visited the Veterans at the Ste Anne's Veteran Hospital as a volunteer regularly.

When it came time in November and June for ceremonies at the Field of Honour, Kevin would organise the Cadets to place flags on all the veterans head stones every year. 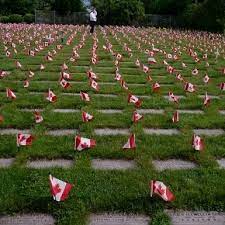 Dedication to veterans and the Legion were clearly in his heart. He is certainly missed by all at Churchill Branch 91 RCL.

The read a letter from a fellow police officer that served with him for many years, click here.

Due to the Covid virus many things you know were put on hold. During our remembrance service on Nov 7th we at the legion did two important catch up items. 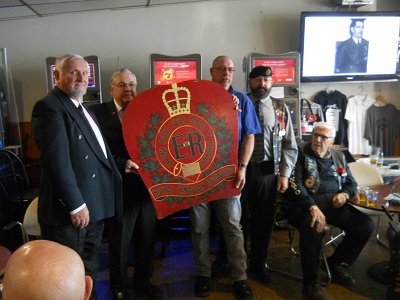 The legion, Branch 091 accepted the RCE plaque made by SGT Major Walter Leja (Rocky) who died in Ste Anne's Veterans Hospital in 1992 after 29 years since the bomb blast ruined his life. 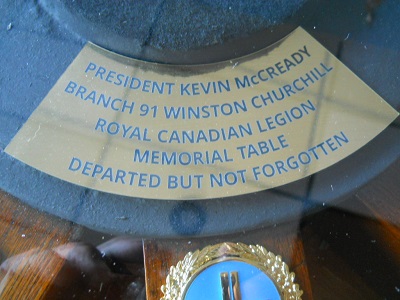 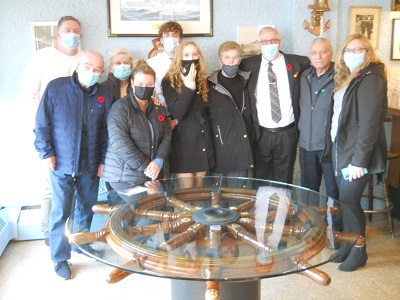 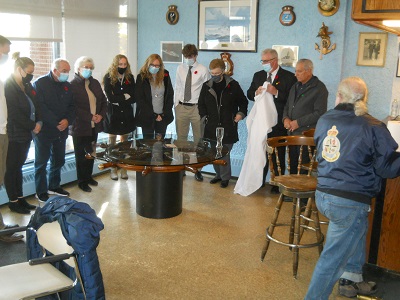 To commemorate the passing of their Branch President, Branch 091 proceeded in the unveiling of a memorial table in the presence of his family.

Kevin was inspirational in keeping Branch 091 an active and successful Legion Branch. 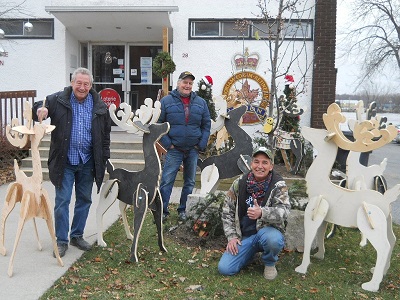 In the picture is Comrade Jean-Guy Hayes, Treasurer Jim Nairn and President Wolf Schmitz outside our Branch where the deer have gathered.

Even during the holiday shut down of many Legions, during this virus period, Ste Anne’s Legion, Branch 091 was able to make wooden Reindeer for the Village of Ste Anne De Bellevue and many others who wanted a Rudolf.

Over $2000 was raised by the members in this effort.