To see how to get to Branch 251, Chomedey using "Google map", click here. 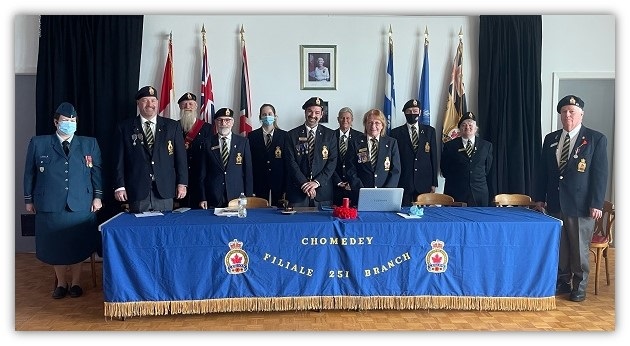 ► Our Legion is available to rent for your private party.


Winners of the 2022 Provincial crib tournament 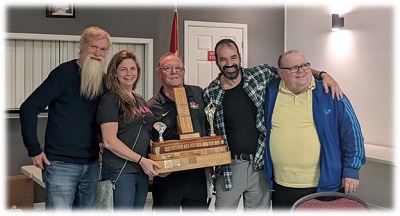 Members of Branch 251, Chomedey, Laval won the 2022 Quebec Provincial Command crib tournament that was held at their Branch.

They will be representing Quebec Command in next year’s Dominion crib tournament being held in Cochran, Alberta. 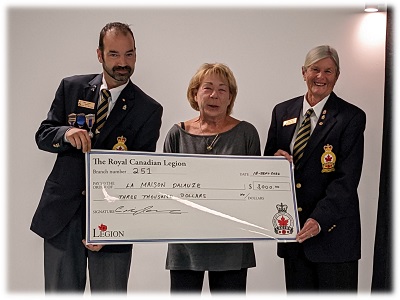 At the general meeting of September 18, 2022, a Poppy donation of $3,000.00 was presented to "La Maison Dalauze" who support abused women and their children towards a life without violence where they become the real architects of lasting change. 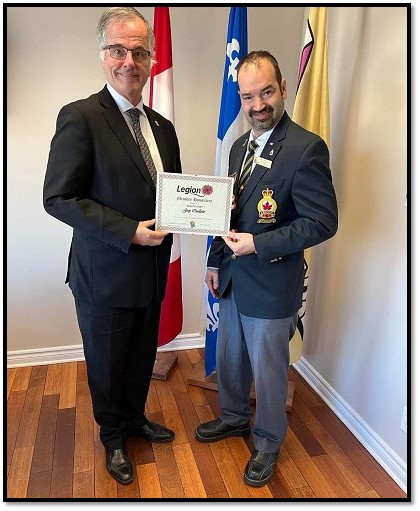 Our MNA Guy Ouellette was presented by Branch President, comrade Eric Larsen an Honorary Membership for his "15 years of support to Chomedey Branch 251."


Donation from the Poppy Funds 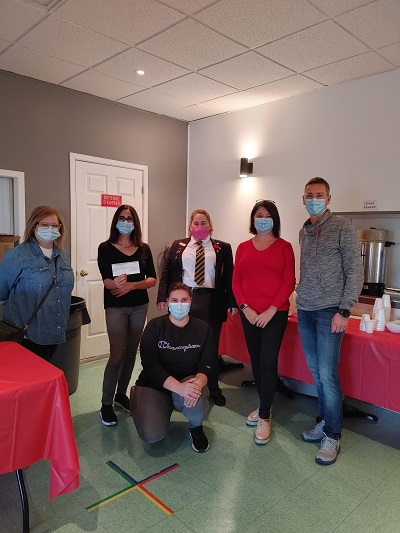 Poppy Chairman Shannon Westlake (in uniform) makes a donation of $500.00 to the Parents’ Committee of the 100 Laval Squadron - Royal Canadian Air Cadets (they were at the Branch helping with breakfast for Veterans).

This is one of eight $500.00 donations that the Branch made to support Cadets Corps in Laval, Quebec. 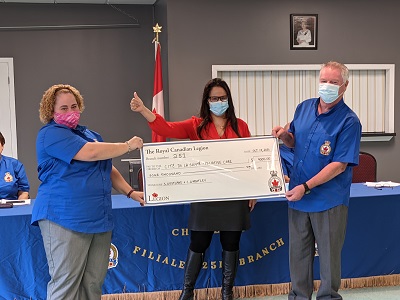