For information on renting our Legion hall, click here.

The Remembrance Day ceremony was held on November 6 at Branch 115, Hudson.

A crowd of about 400 people were there in attendance. 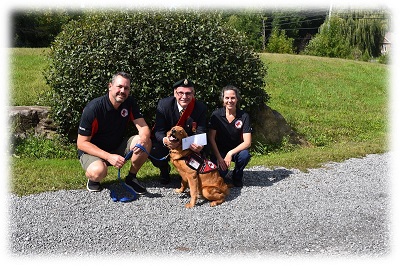 Our Service Rep. and Sergeant-at-Arms, comrade Robin Pelletier travelled to Ottawa to donate $1,500.00 to the Canadian Service Dog Unit on behalf of our Legion Branch 115 and our Poppy Fund. 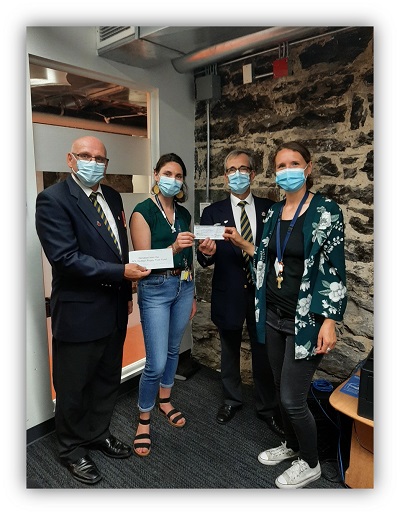 A donation of $2,000.00 was made to the Old Brewery Mission Sentinel Program by Branch 115 Poppy Fund. 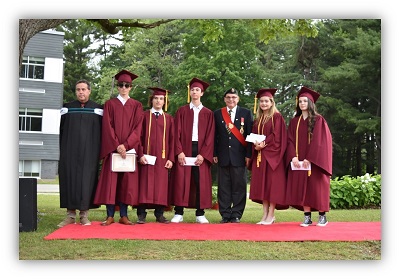 The Naval Reserve Band along with the Black Watch pipes and drums took part in the recent St. Patrick’s Day celebration parade.

Our Legion main hall was filled after the parade with members of both groups plus friends and participants. 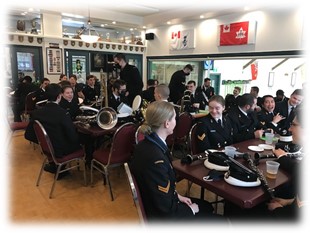 Here is a photo of the Naval Reserve Band
enjoying themselves to our well-known
hospitality in Legion Branch 115.

A $500.00 donation was made from the Soulanges Irish Society on behalf of the Black Watch Pipes and Drums 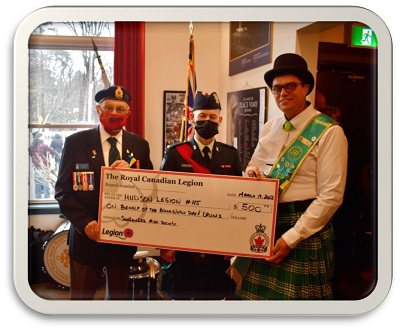 A $500.00 donation was also made from the Soulanges Irish Society on behalf of the Canadian Naval Reserve Band. 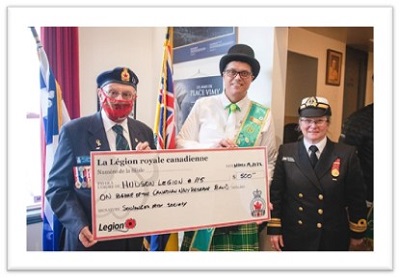 These two wonderful donations were organized by the Soulanges Irish Society with special thanks to Jay de La Durantaye for arranging them. 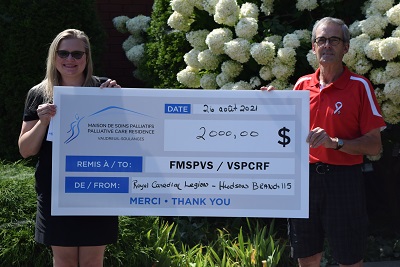 Mrs. Patricia Sévigny, on the left, receiving the donation
from the Poppy Chairman, comrade John Dalgarno.

Poppy Chairman, comrade John Dalgarno presented a check for $2,000.00 from our Legion Poppy Fund to Mrs. Patricia Sévigny who is the new Philanthropic Development Consultant of the Vaudreuil Soulanges Palliative Care Residence here in Hudson. 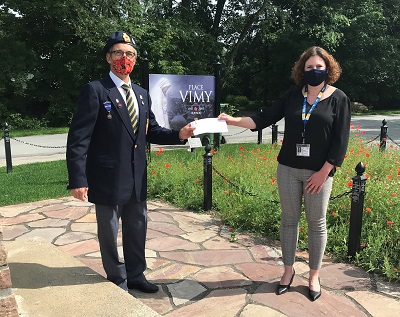 Our Poppy Fund Chairman, comrade John Dalgarno, is seen here donating a check for $2,000.00 to Erin Tabakman, Executive Director of the Hawkesbury and District General Hospital Foundation on Sunday, July 11th in front of Place Vimy at the Hudson Legion, Branch 115. 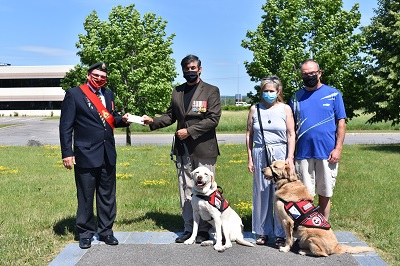 Forty-two (42) dogs were provided since established and they have twenty-six (26) veterans in the waiting list.


Stay awhile - Talk to a Veteran 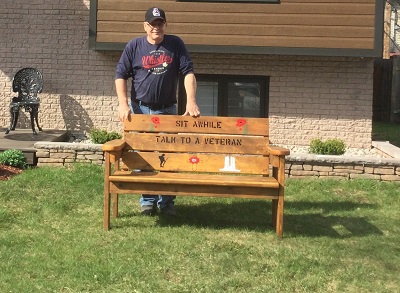 Comrade Robin Pelletier is a member of our Branch 115 and serves as our Service Officer qand Sgt. at Arms.

He spent over 15 years in the Canadian Armed Forces, and during the winter he built this beautiful park bench.

He has it in front of his house in St. Lazare.